The Hunt for Planet X Tightens 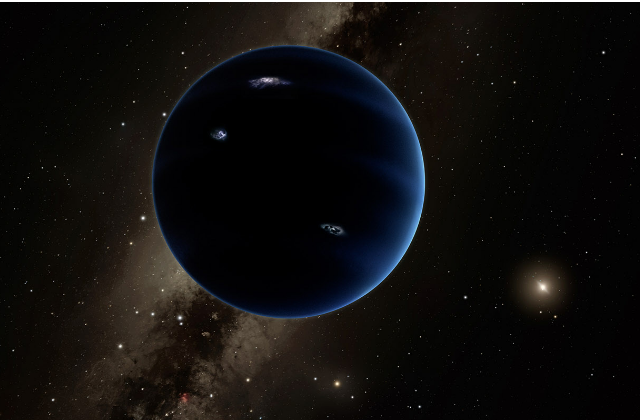 I have fond childhood memories of watching Looney toons.
One of my favorite episodes is when Daffy Duck and Bugs Bunny face off against Marvin the Martian in the discovery of a new planet. The mysterious, far-off planet is simply dubbed “Planet X”. The episode ends with the two sides blowing each other up, and most of the planet in the process.
There really is something magical about a new planet. The discovery of Uranus, Neptune, and Pluto were very exciting finds for astronomers. But there have been no new planets since 1930. Discoveries have been limited to small moons and minor, far flung objects at the fringes of our solar system.
To make matters worse, Pluto was demoted from a full-fledged planet to dwarf planet in 2006. It’s a decision that made scientific sense but was not received well by the public. It appears that there are no more planets in our Solar System left to discover. There is no Planet X.
Or is there?

Mike Brown and Konstantin Batygin, astronomers from Caltech think so. They predict a distant, Neptune-sized planet in our Solar System.
It has a much different orbit than the other planets and ranges very far out, as far as 1200 AU (the distance from the Sun to Earth).
Their prediction is based on the strange orbits of several smaller objects that orbit the sun. The largest object, Sedna—a little less than half the size of Pluto—along with the other objects, have orbits that suggest that there is a large planet far out that affects their orbits to one different than expected.
They obtained a hypothetical size and orbit using the gravitation needed to change those orbits. They nicknamed it Planet Nine, as it’d be the ninth planet discovered (since Pluto no longer holds that title).
Great, we’ve discovered another planet!
Not so fast.
We haven’t actually discovered it yet.

While there is compelling evidence for Planet Nine’s existence, no one has actually spotted it yet. It is not as simple as looking at one spot in the sky and confirming.
Planet Nine has a really long orbit (taking somewhere around 20,000 years to orbit the sun once). It is also really far away. So you have to know exactly where it is on its orbit to spot it. Astronomers don’t know that; their best estimations place it near its perihelion (that is, the farthest point away from the sun).
That’s why we haven’t been able to spot it yet. Astronomers have to look through a lot of space before they can spot it.
Helpfully, Brown and Batygin have run simulations to rule out around two-thirds of Planet Nine’s orbit. This will leave a much smaller area of the sky to search.
It may still take up to a year to find it—if it is indeed out there—with the limitations of weather and access to a strong enough telescope.
But, if all goes well, we will spot and confirm Planet Nine as actually existing sooner rather than later. 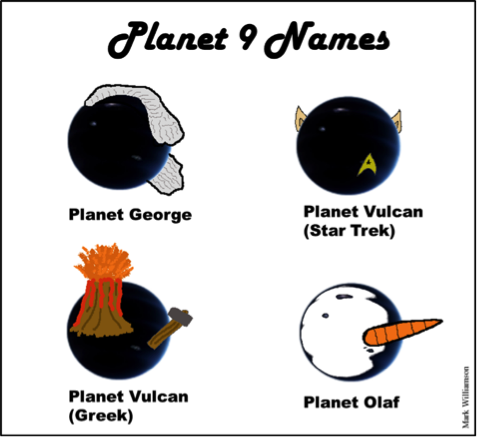 With direct observational evidence and confirmation from multiple sources, Planet Nine will be verified as a major planet and given a proper name.
Brown and Batygin hope to call it Georgium Sidus, after the original name of Uranus (its discoverer, William Herschel, wanted to name it after King George III).
Major news sources like TIME, NPR, and US News have starting polling in anticipation. Name suggestions range from classical Greek mythology such as Janus, Minerva, and Terminus, to deceased celebrities such as David Bowie, and Leonard Nemoy, and even to fictional characters such as Olaf or Han Solo.
Whatever scientists end up calling it, the result will be the same: the most significant Solar System find since the discovery of Neptune. It would confirm the source of Sedna and other planetoid’s eccentric orbits. It may also solve the mystery of why the orbits of the major planets are tilted with respect to the sun.
Finally, it would expand our knowledge of planet formation and retention around our sun.