The Psychology of Narcissism

Narcissus was a figure in Greek mythology known for his extraordinary physique and stunning beauty.

According to the myth, Narcissus wandered into the woods when a nymph, Echo, fell in love with him. When Narcissus rejected Echo, Nemesis (the goddess of revenge) tempted him to the edge of a pool.

So what exactly is narcissism? 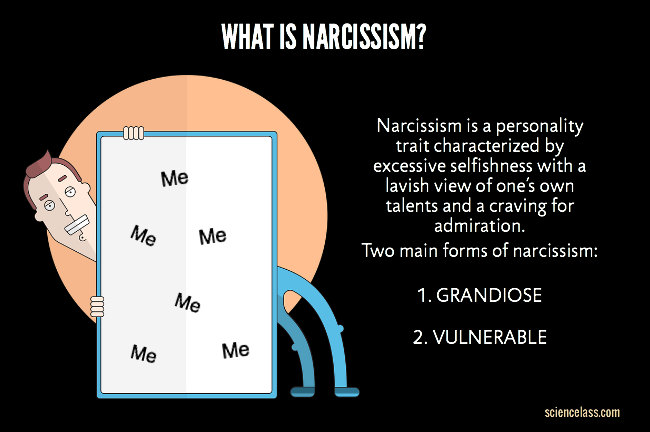 The story of Narcissus gave birth to how we know narcissism today.

Narcissism is a personality trait characterized by excessive selfishness with a lavish view of one’s own talents and a craving for admiration.

Do you wear a t-shirt that says “I’m with genius” with an arrow pointing to yourself? You may be exhibiting narcissistic tendencies. Of course, this example is rather extreme but it is this idea that narcissism is built upon.

How many types of Narcissism?

According to researchers, there are generally two accepted forms of narcissism: grandiose and vulnerable. 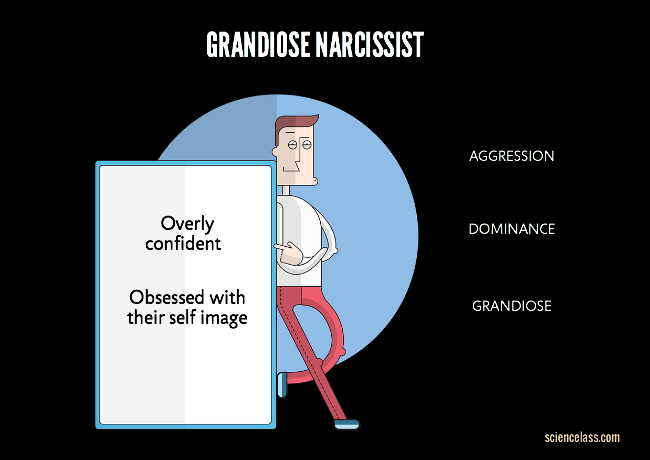 Grandiose narcissists are those people who appear over-confident and obsessed with their self-image (think your politicians).

On the other hand, vulnerable narcissists are much more reclusive. They are prone to episodes of self-pity and prefer to manipulate others to get what they want. 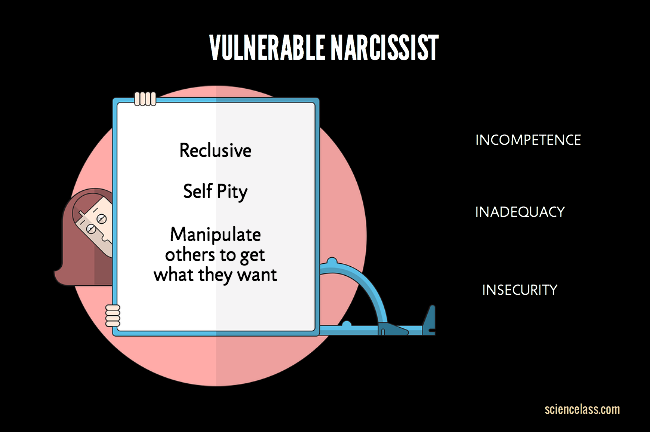 Is narcissism a personality trait or a recognized psychological disorder?

Although some people may exhibit narcissistic tendencies from time to time, it does not mean they are a narcissist. In fact, some researchers believe narcissism is a necessary trait for proper development.

The Austrian-American psychoanalyst Heinz Kohut believed early childhood narcissism was necessary for children to develop a healthy level of self-confidence and self-esteem. He defined this phenomenon as healthy narcissism. Obviously, this idea only works in moderation.

But when people exhibit certain criteria, they may actually have a recognized psychological disorder known as Narcissistic Personality Disorder (NPD).

According to the Diagnostic and Statistical Manual of Mental Disorders, you may have NPD if you exhibit a long-term pattern of these traits. For example, fantasies of unlimited success, a lack of empathy, a sense of self-importance, and a need for excessive admiration (among others).

What causes narcissism and is it treatable?

It is widely accepted that there is no one cause for NPD but rather it is a combination of multiple factors. These include things like social environment, genetics, and individual neuroanatomy.

NPD may be hereditary or may be due to a particular upbringing. But don’t go blaming your parents just yet. Recently, researchers have found a particular area of the brain in narcissists that has a significant reduction in the amount of grey matter. Grey matter is the brain structure involved in emotion, decision-making, and self-control.

So what about treatment? Is it possible for narcissists to change their ways?

Well for starters, it’s difficult for a narcissist to actually seek treatment in the first place. Because they are so concerned with themselves and their self-image that they can’t actually recognize they have an issue.

Furthermore, once they enter treatment it becomes difficult for them to improve because of the nature of the disorder.

Regardless, psychotherapy is the weapon of choice when it comes to treating NPD and has shown success. 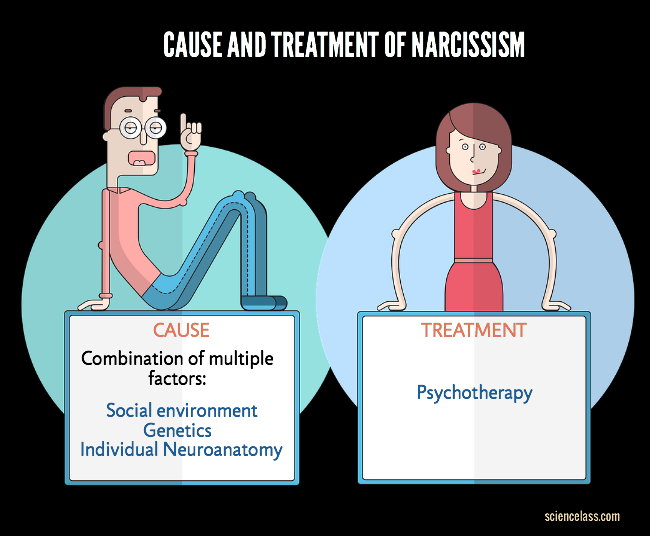 Narcissism is typically reserved to describe the CEOs and aspiring politicians of the world. But is it possible that today’s society is running rampant with narcissists?

This brings us to the idea of social media narcissism. In this technologically advanced time in history, it seems people are always looking for the perfect selfie or a large number of “likes” on their posts. 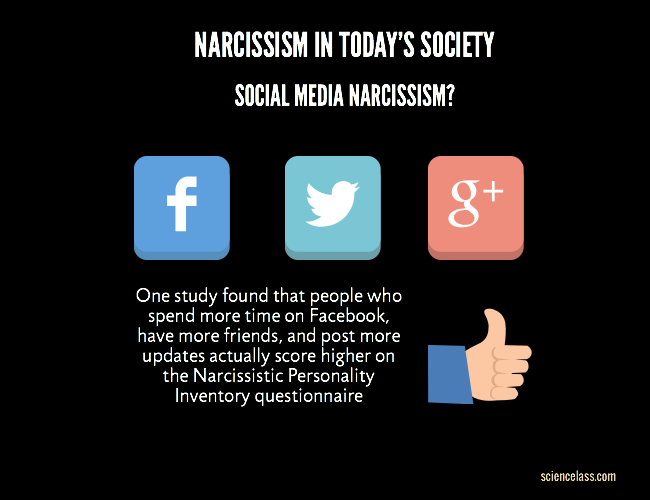 One study found that people who spend more time on Facebook, have more friends, and post more updates actually score higher on the Narcissistic Personality Inventory questionnaire (a quiz to determine how narcissistic you are).

So the next time you find yourself admiring your reflection in the mirror, try not to stare!