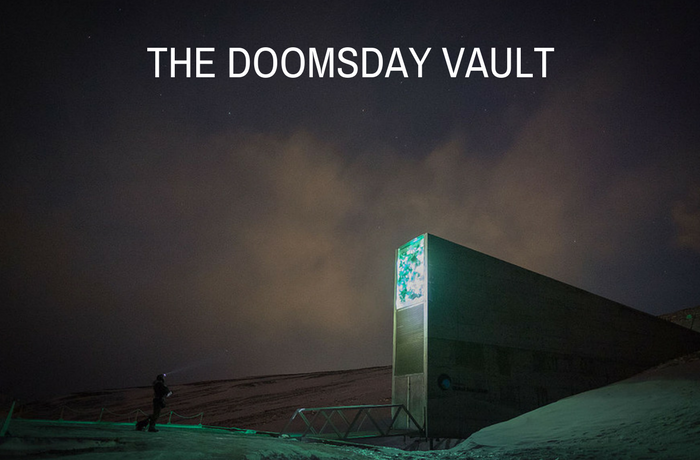 Natural disasters, both trivial and catastrophic, barrage our planet almost every day. It is nothing for the southeast to experience several hurricanes in the summer months. Or for the mid-west to go through a spell of tornadoes.

Yes, these disasters do take their tolls on our modern societies in a plethora of ways. They have the power to take down buildings, or even mortally injure the citizen’s unfortunate enough to be in the path of the storm.

However, despite all the disasters our planet goes through. Life still manages to thrive on this blue marble of a planet. When compared to other planets, Earth is actually pretty tame in terms of the environment!

Our existence is a direct consequence of the mild conditions that this planet offers.

Not too hot, and not too cold. Earth is just at a perfect position in the Goldilocks zone at the right distance from the sun. The “Goldilocks Zone” is a stretch of space in any solar system, where life is most likely to be found.

Mercury, for example, is way out of the life-sustaining range. It’s too barren and hot for any life to be able to be present. So, a planet that is that close to its sun is not in the Goldilocks Zone.

Considering that we were lucky enough to land in the Goldilocks Zone of our solar system, amid all the other spots our planet could’ve landed, it seems like life may continue to survive on Earth forever. But, there is a chance that our luck could run out – intentionally or not.

But, there are plenty of ways for mankind to go extinct in the future. An asteroid impact or all out nuclear warfare could have drastic negative effects on our planet.

It’s possible if something as terrible as a nuclear war etc. to happen on Earth that it could help facilitate our eventual extinction from the planet altogether. The closest humans have ever come to total nuclear warfare was the Cold War.

The Cold War was a period after World War II when Russia and the United States were in a state of extreme military and political tension, which resulted from the outcome of World War II.

If these tensions gave way it would have led to mass nuclear destruction. And would’ve taken a heavy toll on not only humans but the flora and fauna of Earth.

An Ominous Savior for an Ominous Event

Even if a tiny fraction of our population does manage to survive through such catastrophes, they would have a very hard time bringing society back up to survivable status. Not only would every building, mode of transportation, and living thing be vaporized within the blast zone, but almost everything else would be destroyed by radiation.

Similar things would occur if Earth were to be struck by an asteroid. One main hurdle humans would have to vault in the aftermath of an extreme disaster, is how to grow edible food. This is when something called the Doomsday Vault could come into great use for humans.

What is The Doomsday Vault?

This Doomsday Vault is actually not as ominous as it seems! Officially named as the “Svalbard Global Seed Vault”. It is the ideal storage of edible plants seeds for our future generations to come. Its location is about 1300 kilometers from the North Pole.
The prime reason why it is so far in the North is because Svalbard is in year round freezing temperatures. These extreme low temperatures are a natural coolant for the seeds kept in the vault.

Also known as the ‘Doomsday seed vault’, this arctic storage cube is one of the greatest projects of science up to date. Built into a cubical box dug into the Platåberget Mountain, the Svalbard Global Seed Vault houses a variety of seeds brought from all over the globe.

The natural thick layers of permafrost in this region act as a cooling agent for the seeds. There is also use of artificial cooling to provide a temperature of minus 18 degrees Celsius to the seeds.

Furthermore, studies have shown that it is possible to store a plethora of plant seeds at the low temperatures found in Svalbard for decades. Some seeds may even last up to 1000 years, or perhaps even more.

The Doomsday vault currently houses more than 860,000 varieties of seeds. This means it is storing seeds of almost all kinds of vegetables and fruits found in our modern society. One day, in the event of an extreme disaster, future generations of humans might be able to survive on these stores of seeds.

Apart from being a seed storage, the Doomsday vault also serves as a huge genetic library. Scientists can use the vast variety of seeds that belong to the same species of plants. They can use gene technology to develop seeds of plants that may even be capable of growing in harsh environmental conditions. Currently, the Doomsday Vault houses the following:

Scientists speculate, out of all these different varieties of the same plant, few might carry the genetic trait of surviving in the harsh conditions. Harsh conditions may include a high temperature, less water, great salinity in soil, and unpredictable weather etc.

In a news report, Dave Ellis, the curator at the U.S. Department of Agriculture says,

“We’re seeing in several of the soybean varieties intriguing traits that could allow farmers to confront such problems as drought or extreme heat, shorter or longer growing seasons, or higher levels of carbon dioxide”

The Doomsday Vault harbors several variations of plants that have traits that allow them to survive certain harsh environments. For example, there are semi-dwarf wheat and rice seeds- developed in the 1960s. Also found in the vault are sweet-flavored tomatoes, from the late 1800s. There are also disease-resistant soybeans in this potentially life-saving vault.

The security inside the facility is top notch and very well regulated. No one can trespass into the Doomsday Vault. At least not without being noticed by the several security measures put in place to protect the seeds.

According to the Cop Trust, the Doomsday vault is heavily guarded by four locked doors and monitored 24/7. They have manufactured programmed keys for the facility to give access to different levels of the facility inside. For added security, a single key cannot unlock all doors. But you will need several to pass through the various doors to get to the main seed store.

In final analysis, the occurrence of an event terrible enough to kill off most of the life on Earth happening within in our lifetimes is unthinkable. Yes, we make billion dollar movies and write countless novels on this type of sci-fi like event. But it’s scary to think that something like that could actually occur on Earth.

But, even if nuclear disaster does seem unlikely, it is always good to be prepared for the worst. The Doomsday vault is how humans have decided to prepare for “the worst” – whatever that may be. It is something we should protect fiercely and hold in high regard. It is the one thing that could stand between rebuilding our society and total extinction of life on Earth.

Thank you for reading. Let me know what you think about this interesting “end of the world” preparation strategy!