The Presidential Race is Over, But Global Warming is Not

Anyone you ask will say that this has been one chaotic presidential race. The election race of 2016 has been an emotional rollercoaster that we couldn’t quite bail out of. While it has had its ups and downs, the issues that the people care about will not change.

One pressing matter is the concern of a plethora of citizens about global warming. The dramatic weather changes with the increase in temperature and emission of greenhouse gas.

The presidential discussed debates many things but global warming and climate change haven’t always made the top of the list. This is a matter that president-elect, Donald Trump will have to face during his term.

The American people know what issues they want to address and make real change on. Let’s all hope that Trump will listen to the people he now has to lead. Also, hope that those people will band together to fight for our planet. 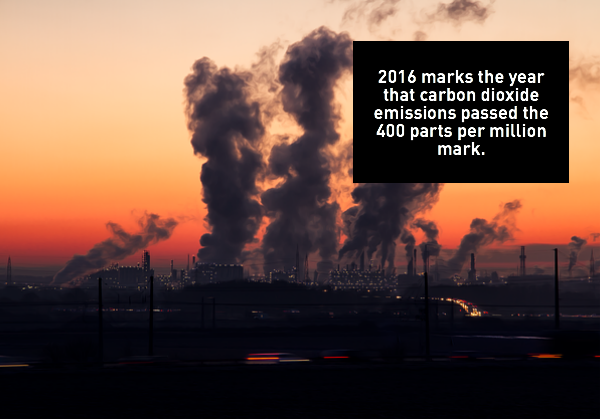 2016 marks the year that carbon dioxide emissions passed the 400 parts per million mark.

Wide practice of burning fuels causes the release of Carbon dioxide. This includes burning coal, natural gas, oil, trash, or any type of wood. Carbon dioxide then enters into our atmosphere in the form of fumes.

Additionally, cars and other types of transportation that use gasoline release carbon dioxide into the atmosphere. The only way that these emissions are removed from our atmosphere is when plants absorb them. These are then transformed into the oxygen we need.

Yet according to our recent president-elect, global warming is a myth. In a quote published in an article on huffingtonpost.com, he says,

“Unless somebody can prove something to me, I believe there is weather”.

So, Trump denies that we are experiencing drastic climate changes due to global warming. But we are increasing the output of our greenhouse gas emissions. It is unlikely that denying the issue will make it go away. 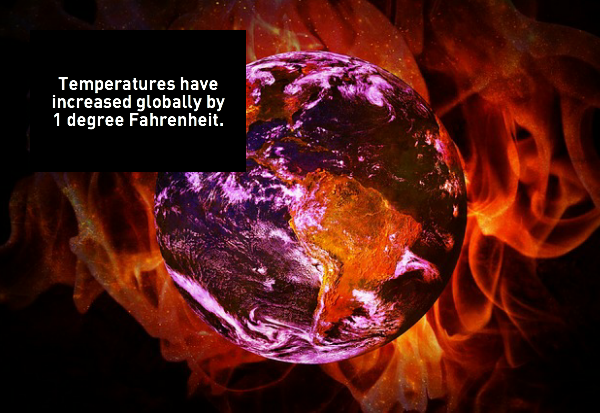 This year’s temperature increase beat both the 2014 and 2015 records. It is projected that the trend will continue into 2017.

Many experts are comparing the temperatures of last few years to pre-industrial times. They have reached the conclusion that temperatures have increased globally by 1 degree Fahrenheit.

Thankfully, many experts agree that the continuing increase in climate change should be addressed officially. As of last year, 195 nations signed a pact in Paris. We finally started making progress towards lowering the world’s greenhouse gas emissions.

Unfortunately, climate change isn’t always on top of the list on the government’s agenda. Hopefully, this Paris pact will remain intact. The world’s citizens will come to realize the importance of keeping our emissions down to stave off the rising temperature.

Extreme Weather is on the Rise

Experts around the world agree that extreme weather is on the rise. Droughts, flash floods, wildfires, and record high temperatures have been on an ever increasing trend over the last 60 years, as reported by businessinsider.com. It is very likely that these increases are linked to the increase in greenhouse gas. These are slowly warming our planet.

The world is seeing an increase in natural disasters. This is causing annual damage costs to increase as well. These more violent natural disasters are taking a toll on our coral reefs and other aqueous ecosystems.

(On a more somber note) Death tolls around the globe are also racking up due to the more frequent and more violent extreme weather patterns.

As you may have put together, not only does global warming impact the weather and temperature of Earth, but it has a direct influence on the amount of ice we have at our poles.

Specialists have been more so focusing on the Arctic. This is where we have seen the biggest decline in sea ice and the slowest regrowth. The regrowth was so slow this year that the Arctic was “missing a chunk of ice the size of the entire eastern half of the United States”, according to Scientific American.

As the ice fails to refreeze, we experience higher sea levels all across the globe. Who do you think are in trouble now? Well, the worlds that are already below the current sea levels.

How many people you think could be threatened by this? Turns out it is possible that there are approximately 650 million people!

By total population, China is most under threat by the rise in sea level. While the Netherlands are the most threatened if you analyze the data by percentages.

The Antarctic Ice Sheet is Cracking at an Alarming Rate 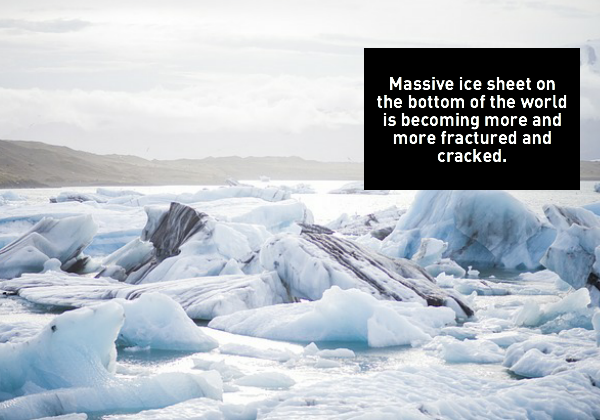 The impenetrable glaciers and mountains of ice in the Antarctic are becoming anything but.

Studies show that the massive ice sheet on the bottom of the world is actually becoming more and more fractured and cracked. This ultimately contributes to the rise in sea level as the ice melts.

It is also possible that the ocean waters will also warm up and continue to chip away at the Antarctic ice sheet. That is if the temperatures keep rising, as is their current trend. 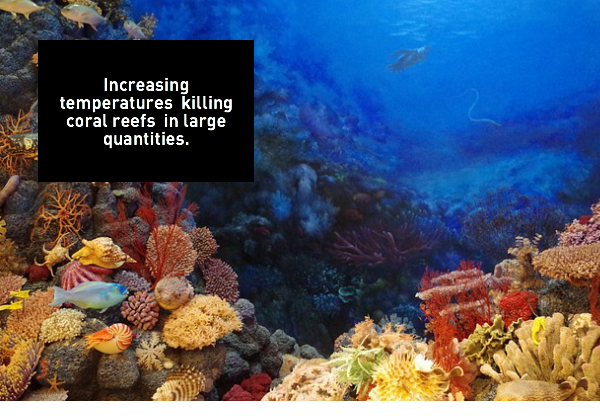 As a result of ever increasing temperatures, the ocean is also warming up. This is a recipe for disaster for coral reefs around the world.

Coral reef has a delicate ecosystem. It can be destroyed very easily if anything happens to ruin the balance that has been achieved and maintained by mother-nature.

Increasing temperatures are putting immense amounts of stress on coral reefs. And killing them off in large quantities.

The warmer ocean is also contributing to “coral bleaching”. If trends continue and the ocean continues to get warmer, chances are high that coral reefs will die out of existence. 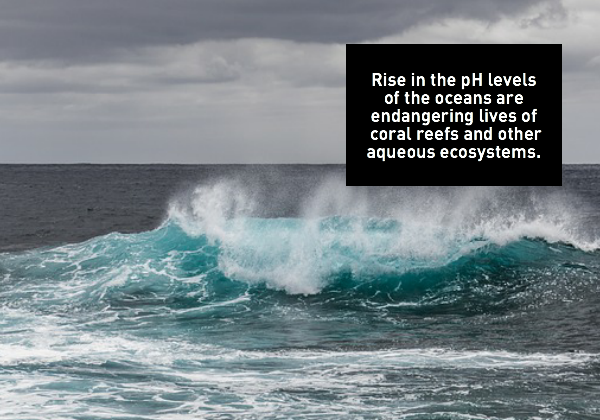 Emissions aren’t only getting caught in the atmosphere, but they are also acidifying our oceans. This rise in the pH levels also contributes to coral reefs dying off.

Coral bleaching is when the algae that are thriving on coral and giving them their colorful hues are killed off. This can be done by either high temperatures or natural disasters, both of these are brought on by global warming.

In any case,  just because a country becomes divided on something, such as who should lead a nation, doesn’t mean that the issues will go away, or wait until we’ve all stopped debating about what should be done.

In other words, while people are arguing about candidates and the issues that they support, the Earth will keep getting warmer, the natural disasters will keep getting more violent, and the emissions will continue to rise further damaging our indifferent planet.

This is why, no matter who leads this country, we should all come together and work on these issues together rather than continue to be divided and let our planet suffer and negatively affect the human race as a whole.